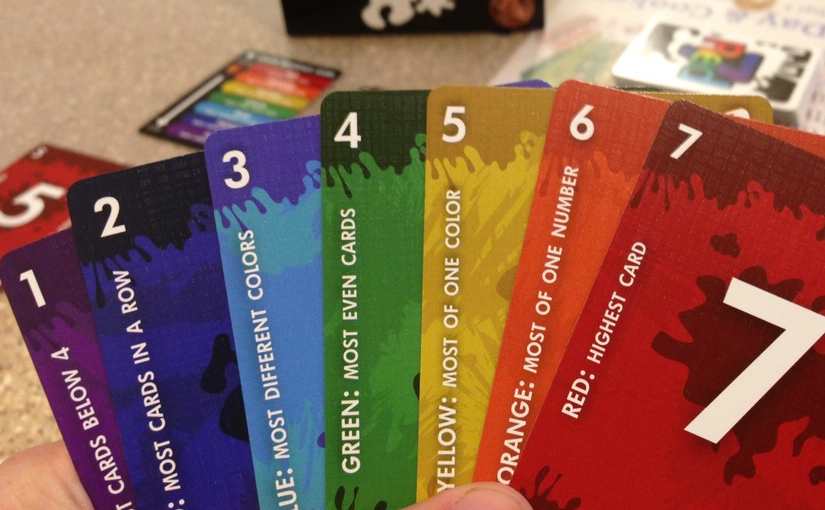 Research for the Ultimate Deck of cards.  What other existing card systems are there, and what interesting features do they have?  We can go to the “game system” page of boardgamegeek, and filter by card game.

There are many recurring themes that can be found, and I’ve attempted to categorize them below.  However, there are also many fully-fledged card game systems that have enough unique features components that they deserve their own individual analyses. I’ll detail them in a future blog post:

The other kinds of card systems are grouped below.

The simplest kind of custom deck, still contains the basic structure of [a..b] ranks x S suits, varying the numbers. Some decks have unranked cards outside the hierarchy, such as Jokers or the major arcana of the Tarot. 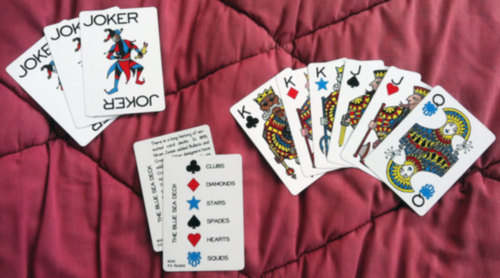 An interesting subset are decks with 1 suit; that is, [a…b] x 1 suit, or just a sequential set of numbers.  (Pictured: Badger Rainbow)

The most common form is the ‘pyramidal’ deck, where there is one [1], two [2]’s, and so on, until you have X copies of rank [X]. These are usually unsuited, but some variations have suited cards.

In a standard deck of cards, each card is unique. Some decks have duplicate cards, either because of multiple copies of certain ranks, or because their cards are unranked. (pictured: Coloretto)

Standard cards are ‘two-dimensional’, defined by a <suit, rank> coordinate pair. Some card decks extend these to 3 or even 4 dimensions; these dimensions must be mutually independent from each other.  (pictured: Set)

In some card systems, each card can have more than one rank or suit.  There are many ways this can be done, and some are highlighted below.